Most of the images below are of New Zealand Mulligans. Another branch of the family lived at Lisnashanna, about 1.5 km from Ballyhaise and 4.5km from Regaskin.

Most of the images in this selection are "low resolution" for ease and speed of download. They are not recommended for printing purposes.

If you want better quality versions, please contact us to discuss your requirements and the intended use of the image. 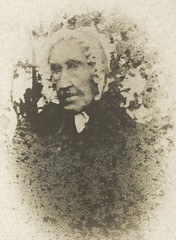 Margaret Elsie, at work in Canada, during World War II